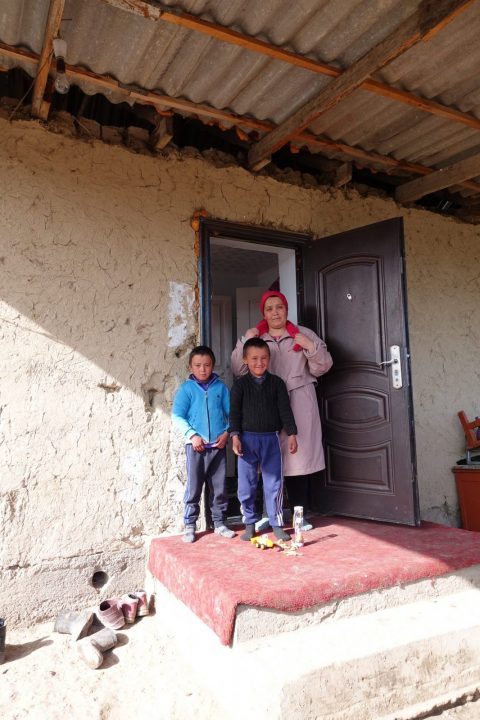 The Kyrgyz family of Zarina got hit hard by extensively drug-resistant tuberculosis (XDR-TB). The mother of five children lost her husband in March 2018 due to XDR-TB. She herself and her two youngest sons Nursultan and Danyar also fell ill with this form of drug-resistant TB.

It all started when my husband got sick, tells Zarina (37) in the living room/bedroom of her house on the outskirts of Bishkek with the snowy mountains as a backdrop. “When he was diagnosed with TB, he initially started the treatment. At that time he was still on the old regimen. He soon gave up.” Later on Zarina’s husband was diagnosed with multidrug-resistant tuberculosis (MDR-TB) and then XDR-TB after not treating his infection with TB properly. 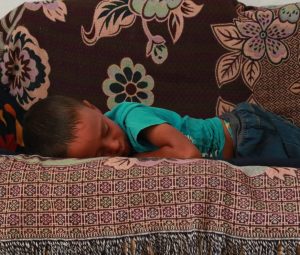 Also two of Zarina’s children, Nursultan (7) and Danyar (8), were diagnosed with XDR-TB. The two boys were first hospitalized for three months. Then they continued their treatment at home using Video Observed Treatment (VOT). This is a digital adherence tool which KNCV Tuberculosis Foundation (KNCV) has introduced in Kyrgyzstan. Patients show they take their daily pills by sending videos through to the health care worker with a smartphone the family got supplied with.

The boys received the new drugs and regimens that were introduced in Kyrgyzstan two years ago as part of the USAID-funded, KNCV-led Challenge TB project. The Director of the National TB Program in Kyrgyzstan, Abdullaat Kadyrov, recently stated at a press conference in Bishkek that nearly 80 percent of all patients were successfully cured after using the new shorter treatment for MDR-TB – which indicates a major improvement in comparison to the stark outcomes of the previous treatment model, which cured only 53 percent of patients. Kadyrov added that patients with XDR-TB (which are the most lethal and hardest to treat forms of the disease) who were on new drugs had also been successfully cured.

The new treatment models are not only more effective in curing the disease, but they are also easier for patients to follow. The new drugs have fewer side effects. For patients with MDR-TB, the treatment is shorter: between nine and 12 months, instead of 24.

Despite the new drugs the boys still had problems with some side effects. Zarina: “I used to mix the pills with yoghurt but it made them throw up. Danyar also got mental problems. He would throw with things. The KNCV case manager helped us a lot. We are very thankful to her.” 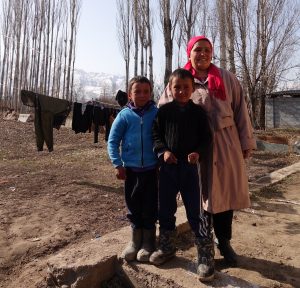 Zarina used to work in the nearby hospital. But she also got infected with TB, fell sick and couldn’t work during the treatment. “I received treatment for six months. With six pills a day.” She really suffered with both herself, her husband and her two children sick. Her younger brother helped her and the family received food aid from the Red Cross. At the end her husband lived at home and couldn’t work. He just drank and smoked. Zarina: “I used to tell him: “Don’t give up”. Stop drinking and smoking. He said no. He said he didn’t believe in the treatment. He died a year ago.”

“I used to cry a lot and begged to God that he would help me and the kids. I asked if he could give them a great life. It helped, the pills worked and we all got better.” The family now has hope again. Danyar wants to become a doctor when he grows up and help children. Nursultan wants to become a police man “to catch bad guys who steal money”. Zarina is happy everyone is recovered. “I just pray it won’t come back.”