Since the foundation of KNCV in 1903, we have been bringing people together to fight TB and limit the suffering inflicted by the disease. This has led KNCV to help found the Stop TB Partnership, participate in policy-making bodies on all levels, as well as bring together key players in TB control at meetings and conferences.

The main objective of the TSRU is to host a forum to discuss tuberculosis (TB) epidemiology relevant to TB control and surveillance. Planned, ongoing or finalized research projects in various countries are presented in an annual meeting. 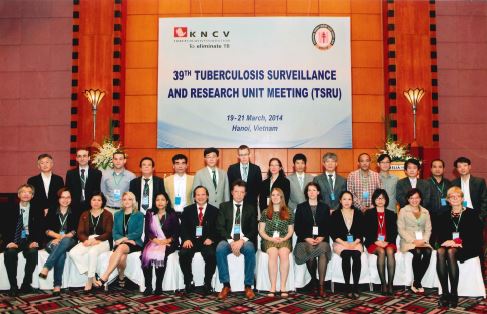 The Wolfheze Workshops is an important meeting of TB policy makers and researchers from the European region. It is organized every two years by KNCV Tuberculosis Foundation in collaboration with WHO/Europe and ECDC. The first day of the Wolfheze Workshops is also the annual meeting of National TB Control programme managers. The Wolfheze Workhops offers an excellent opportunity to stakeholders in national TB programmes to meet with policymakers in WHO and ECDC and to share experience between Western and Eastern Europe and Central Asia.

The Wolfheze Workhops focuses on management and coordination of TB control efforts in European high TB priority countries and also on TB elimination strategies in low-incidence countries in Western Europe. Participants exchange experiences and contribute in development of modern TB control policies during the workshops. Several working groups prepare consensus policy documents on specific topics in TB control, based on available scientific evidence and expert opinion, which are discussed and modified during the meeting.

The first Wolfheze Workshops were organized in the early 1990s in the Netherlands in the village of Wolfheze near Arnhem. Since then the meeting has become known as the “Wolfheze Workshops”. Based on the spirit of professionalism and dedication of its members, the Wolfheze Workshops are also referred to as Wolfheze movement. The movement is meant to function as a “think tank” to discuss modern policies and practices of tuberculosis control in Europe.

The Union World Conference on Lung Health is the world’s largest gathering of clinicians and public health workers, health programme managers, policymakers, researchers and advocates working to end the suffering caused by lung disease, with a focus specifically on the challenges faced by the low- and middle-income countries. Of the 10 million people who die each year from lung diseases, some 80 per cent live in these resource-limited countries.

The theme this year, ‘Accelerating Toward Elimination’ will build on the momentum from the conference in Liverpool, drawing together 4000 delegates from 100 countries to achieve the ambitious goals that have been set for the global lung health agenda. It will focus on how to accelerate toward elimination on multiple fronts including tuberculosis (TB) and co-infections, improving tobacco control and reducing air pollution.

View the programme of the 2017 Union here. 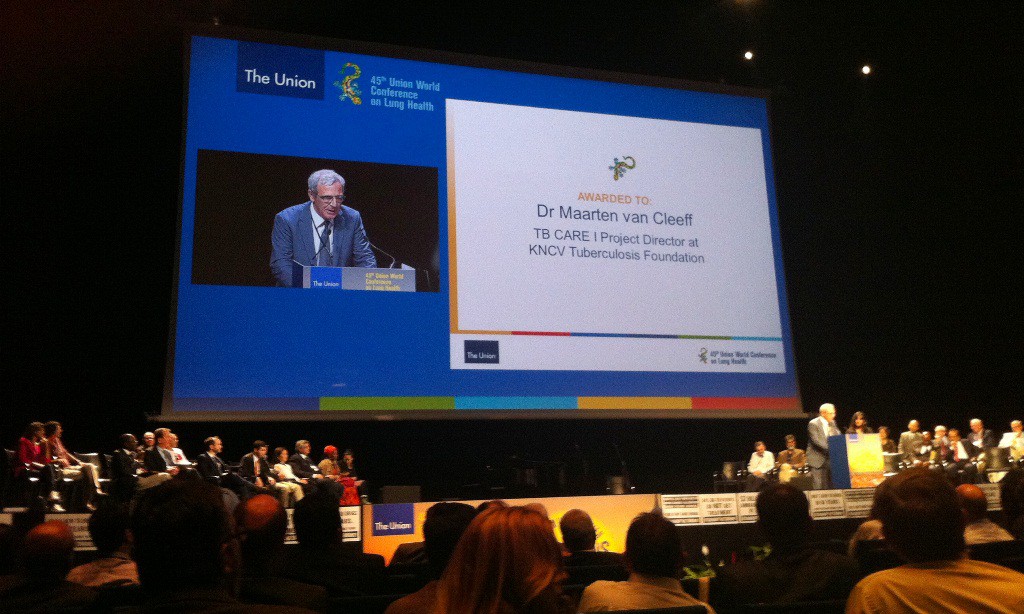 Dr. Maarten van Cleeff was presented with the Karel Styblo Public Health Prize at the Opening Ceremony of the 45th Union World Conference on Lung Health 2014.