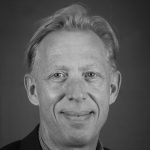 Nico Kalisvaart is Surveillance and Data Management. He is an expert in supporting several countries in developing a TB surveillance system (internet and patient/record based) for TB and MDR-TB. Nico started at KNCV Tuberculosis Foundation in 1989 at which time he led the improvement of the routine TB surveillance system in The Netherlands.

Nico Kalisvaart has over 10 international scientific publications and is the main author of the ‘Documents and data management’ chapter of the Handbook TB Prevalence surveys’ (LIME book/WHO 2011) and co-author of the ‘Guide ERR’ (WHO, 2011/2012).