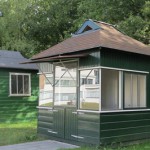 Gerard de Vries, Head of KNCV the Netherlands and TB coordinator for RIVM-CIb:

The RIVM publishes the yearly TB data in the annual report Tuberculose in Nederland. KNCV Tuberculosis Foundation works with the RIVM on the analysis of the data and was closely involved with the creation of this report.

Tuberculosis in the Netherlands

The number of patients in the Netherlands with tuberculosis has declined steadily from 1994 onwards. In 2014, 823 patients were registered with tuberculosis. Once tuberculosis is located in the lungs, it may become transmittable; the most contagious form of TB occurred in 201 patients in 2014. Almost three quarters of the registered patients in the Netherlands are from areas where TB is common, mainly in parts of Asia and Africa. Analysis of the 2014 records shows that, as in previous years, the largest group of patients originate from, Somalia (105), followed by Morocco (82) and Eritrea (53). The RIVM reports annually on these data, as part of the WHO global campaign to eliminate tuberculosis.

The Municipal Health Services in the Netherlands screen for active TB disease among population groups at risk. With early case-finding and treatment people with TB can receive care, often even before they develop infectious TB. The Municipal Health Services carry out contact investigation in each TB patient’s ring of contacts. Contacts who are infected with TB receive preventive TB treatment. This prevents further transmission of TB. In all, 17% of the TB patients in 2014 were found through active case-finding and 1081 people with TB infection received preventive treatment.

Tuberculosis and HIV: HIV infection increases the chances of contracting TB, and TB is often the first visible sign of HIV infection. It is therefore important to diagnose HIV and initiate treatment as quickly as possible. The percentage of TB patients tested for HIV has risen from 28% in 2008 to 52% in 2014. Currently, in 48% of the TB cases, it remains unknown whether the patients are HIV positive. The percentage pf TB patients in the Netherlands testing positive for HIV has declined from 4% to 2.8% in the last 10 years.

Treatment results: To successfully treat TB, patients often have to submit to a multi-medicine regime for a long period (often longer than 6 months). The 2014 data were not available at the time of this report’s publication. The data for 2013 show that 91% of non-resistant TB patients were treated successfully; an extremely good result.