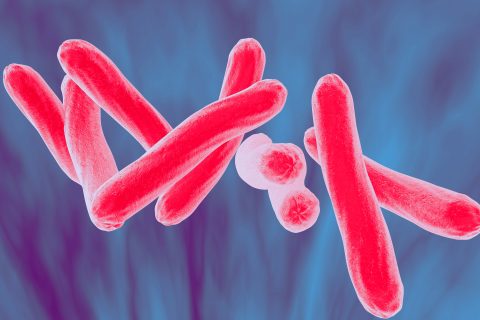 Tuberculosis, or TB, is still one of the major causes of preventable death in the world. TB is an infectious disease caused by TB bacteria (Mycobacterium tuberculosis) and most often affects the lungs. TB infection can cause serious damage to the lungs and other organs.

The signs and symptoms of active TB (disease) are coughing, sometimes with sputum or blood, chest pains, weakness, weight loss, fever and night sweats.
Tuberculosis is curable and preventable. The vast majority of people with TB can be cured, if rapidly and accurately diagnosed; and if appropriate medicines are provided and are taken properly. But without proper tuberculosis treatment up to two thirds of people ill with TB may die.

TB infection is spread from person to person through the air when people with lung TB cough, sneeze or spit. When a person develops the disease TB, the symptoms may be mild for many months. This can lead to delays in seeking care, and results in transmission of the bacteria to others. An individual with undiagnosed and untreated lung TB disease may infect ten to fifteen other people through close contact.

An estimated one-third of the world’s population has latent TB infection, which means a person has been infected by TB bacteria but is not (yet) ill with the disease and cannot transmit the disease.
People infected with TB bacteria have a lifetime risk of 10 percent of falling ill with TB. The body’s immune system is often strong enough to prevent the development of the disease. However persons with compromised immune systems, such as people living with HIV, malnutrition, or diabetes, or people who use tobacco, have a much higher risk of falling ill.

“What is tuberculosis?” Information brochure for TB patients living in The Netherlands (download pdf:)

Websites with TB information in English:

Website of the Center of Disease Control (United States). This shows “Questions and answers about TB” (The page is available in English and Spanish): www.cdc.gov/tb/publications/faqs/default.htm