Four-year-old Abdurahim from Kyrgyzstan is so small he looks half that age. He had spinal and intra-thoracic lymph node tuberculosis (TB), a very rare and dangerous form of the disease that mostly occurs in young children. A few weeks ago, he was finally cured from extensively drug-resistant tuberculosis and able to stand again, after a long time of immobility. 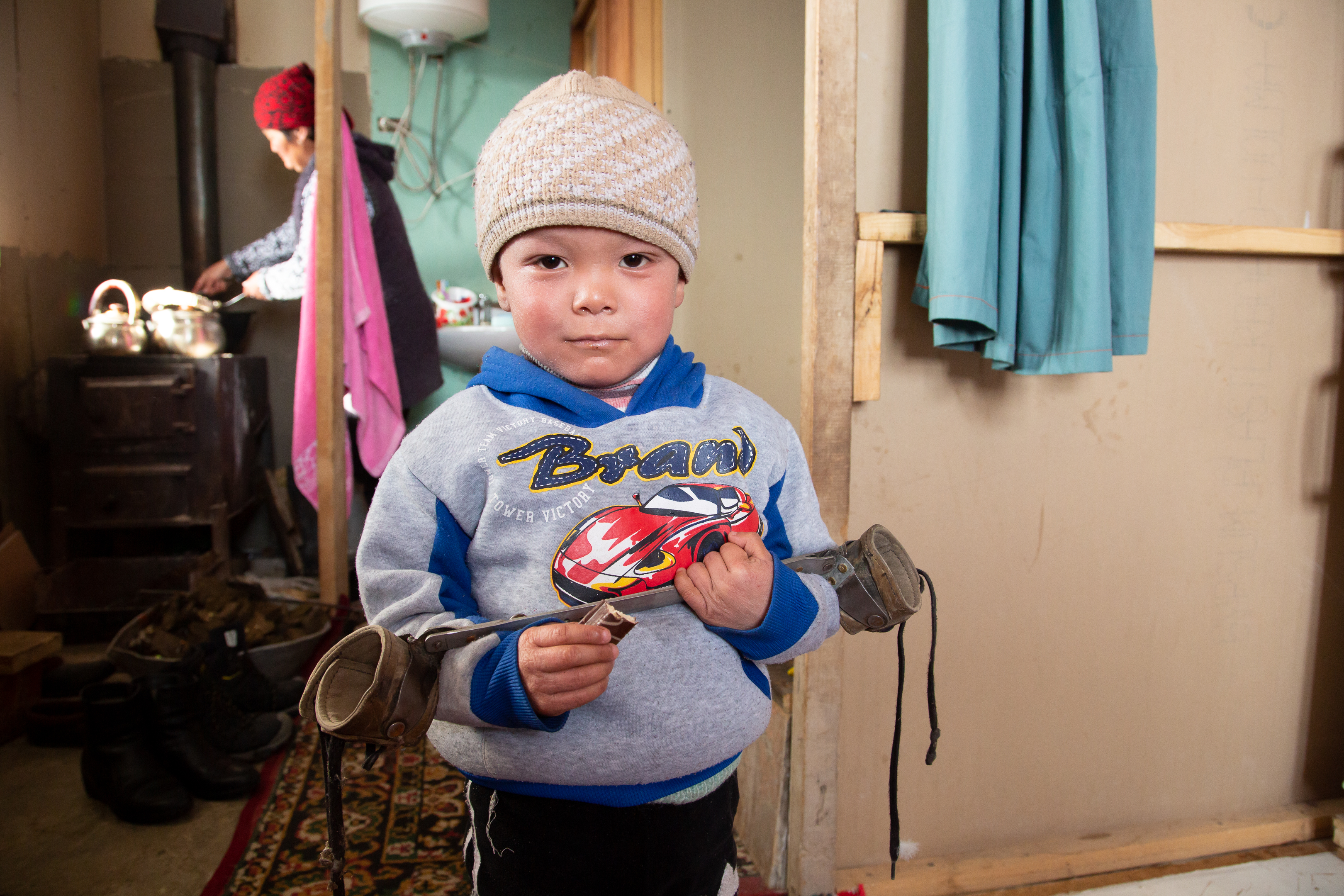 Abdurahim feels much better now, he no longer has any pain. When he took his first steps in two years, his mom was brought to tears. “I don’t have the words to explain what we’ve been through, and even less to describe what I felt when I saw my son finally walking again. Now he can even run and play along with the other children, and his doctors assure me that he will grow up normal and healthy.”

With the help of the KNCV-led, USAID-funded Challenge TB project, Abdurahim received an individualized treatment containing the new drug delamanid for extensively drug-resistant TB (XDR-TB). His health improved with each new day and he didn’t have any side-effects from the drugs. After nine long months of hospitalization in Bishkek’s National TB Center, he was released from the hospital and continued treatment at home in his mountain village. When the little boy was finally cured, his parents didn’t believe it.

Until recently, Abdurahim’s life hung in the balance, and his parents had started to lose hope. It took over a year for doctors to properly diagnose him and find a treatment that would actually help. Childhood TB is particularly hard to diagnose because children cannot provide sputum for testing, and TB can easily be confused with other diseases. 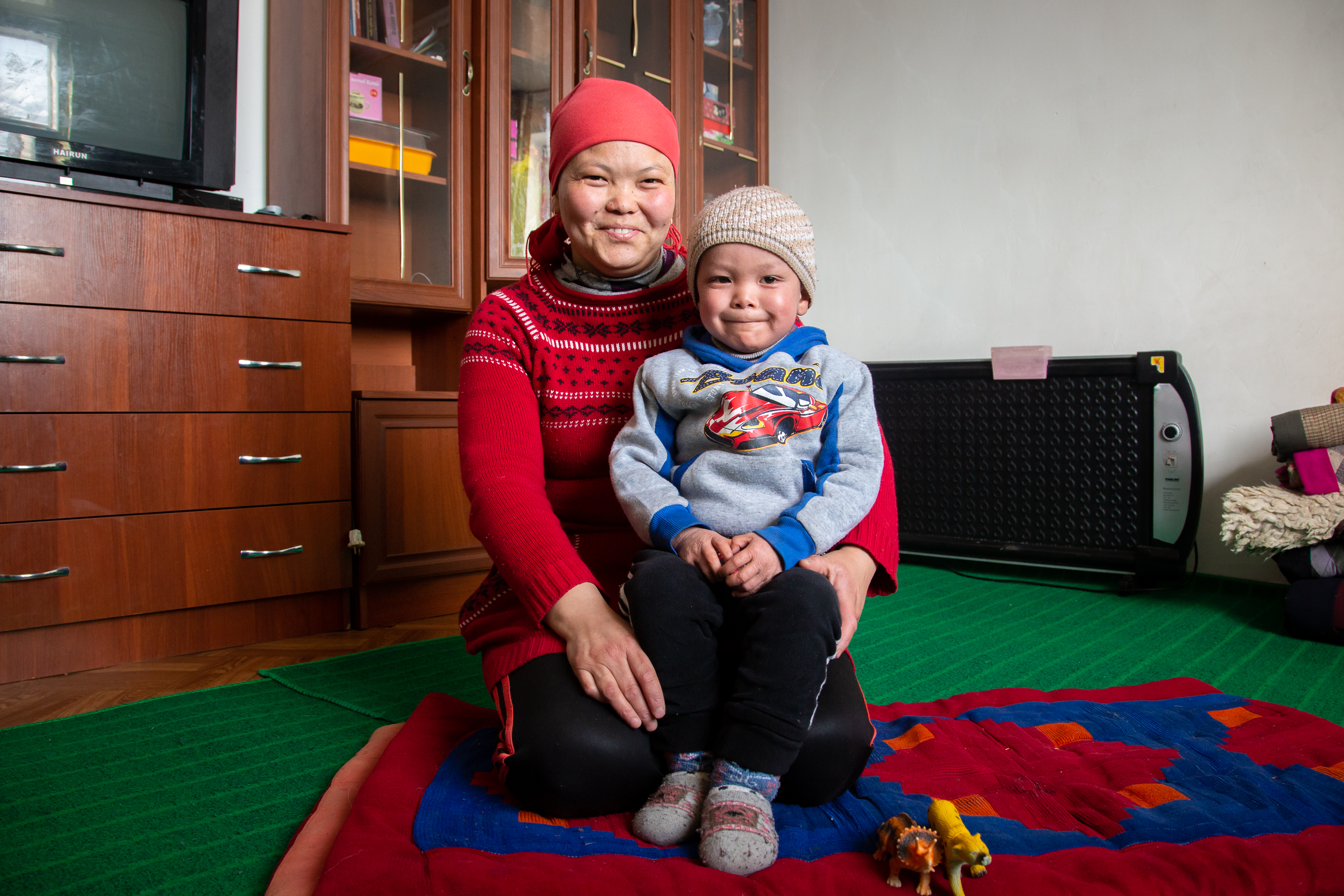 It all started when Abdurahim was two. He suddenly stopped walking and couldn’t even sit, he would just lie down day and night and was simply unable to stand.

His parents were understandably worried and the first doctors they consulted in their region of Naryn said that the boy had rheumatism. A few weeks later, they were told by different doctors that their son had a dislocated thigh bone and would have to wear an iron cast to strengthen his legs. He endured the cast day and night for eight months, but nothing changed, he didn’t take a single step.

“When a painful lump appeared on his buttocks and kept growing, the doctors didn’t change their diagnosis and even accused us of giving him some sort of injections,” said his mom.

Regardless of the medication they tried, Abdurahims health just kept getting worse, and his parents couldn’t figure out how to help him. He cried all day and stopped smiling, he lost his appetite, and just didn’t act like a child anymore. Doctors wanted to perform surgery to remove the lump, but his parents refused because they thought he was too young.

It was only when a sample from the lump was analyzed that Abdurahim was correctly diagnosed with TB and started on treatment. After two months he was found to have drug-resistant TB and his treatment was changed. 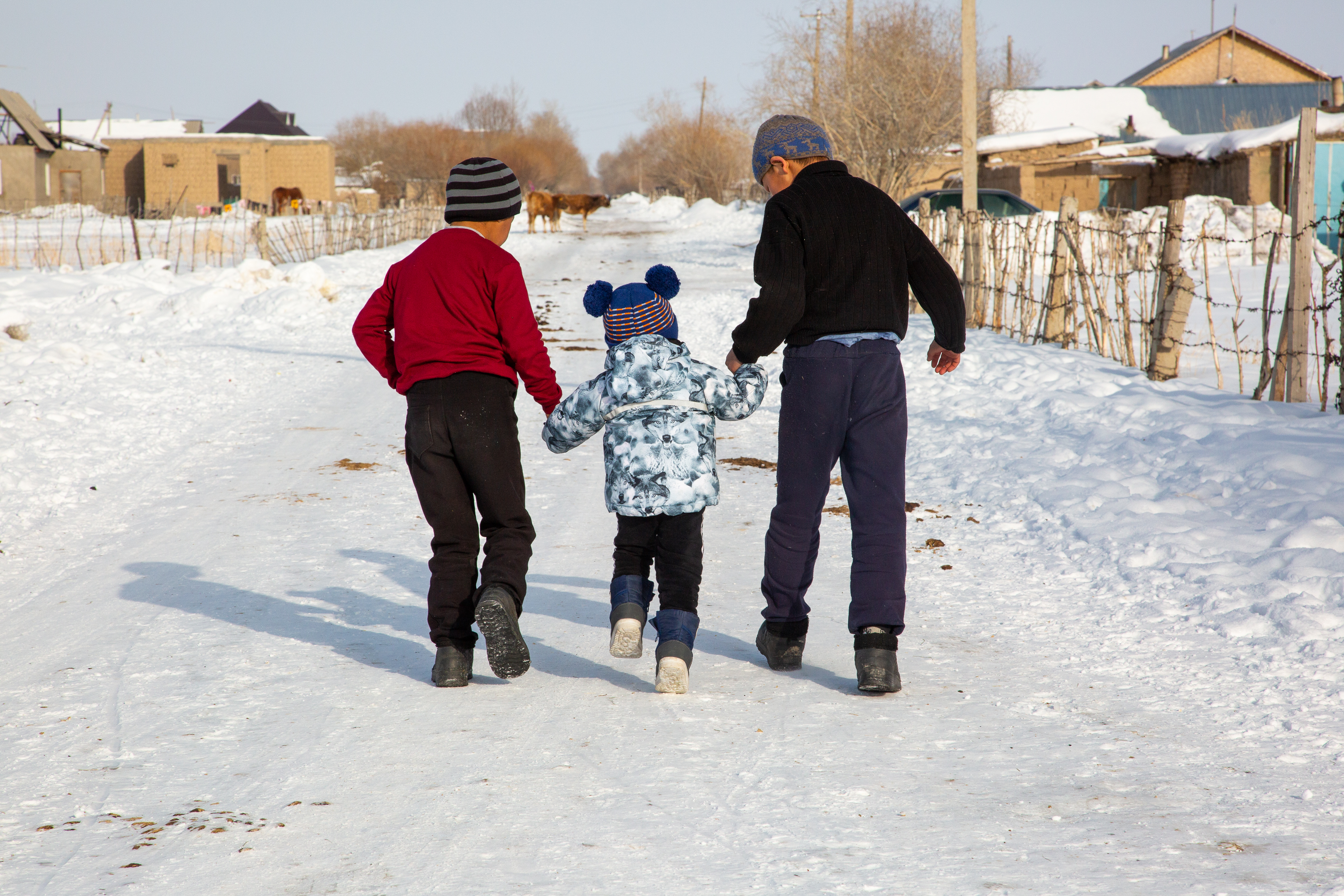 It turns out Abdurahim got TB from his aunt, at first she refused to be treated, but the Challenge TB team managed to convinced her and started her on an individual regimen with the new drug Bedaquiline. Both Abdurahim and his aunt are now healthy.

TB is entirely curable, including its drug-resistant strains, but the diagnosis of TB in children remains difficult and often comes late, putting the lives of the smallest patients at risk. In order to raise the profile of the disease among doctors and health workers, Abdurahim’s case was presented during a Challenge TB countrywide training on pediatric TB.

Challenge TB trained doctors in Kyrgyzstan to recognize the signs of TB in children to encourage early diagnosis, and following-up on all the close contacts of patients, in order to find more of the TB patients who have been missed by the health system.