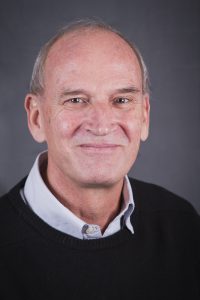 His compassion and genuine interest in people were characteristic of his work as a TB professional. Our dear colleague and friend Jan Voskens, physician and Country Director of KNCV in Indonesia, died on August 23, after falling ill a year ago. He was 64 years old.

His compassion and genuine interest in people were characteristic of his work as a TB professional. Pak Jan Voskens, physician and Country Director of KNCV in Indonesia, died on August 23, after falling ill a year ago. He was 64 years old.

Jan Voskens started working for KNCV Tuberculosis Foundation as a consultant in 1999. He advised many National TB programs in designing and implementing TB control strategies. In 2001 he was responsible for setting up the KNCV country office in Indonesia, now the largest KNCV team outside the Netherlands with representation in 11 provinces. He led the Indonesian office until his sudden illness in August 2015.

Throughout his career Jan Voskens had a strong international focus. After studying medicine in Leuven (Belgium) and Amsterdam he specialized in family and tropical health. For several years he worked as a physician and director of a hospital in Lesotho. In the early ‘90s he came to work for the Dutch Leprosy Foundation in Sulawesi, Indonesia, and was heavily involved in a joint project with KNCV on the introduction of the DOTS strategy in the country. He worked for the Royal Tropical Institute for three years, and received his master’s degree in Public Health in 1997. For many years, he taught there at the Dutch Tropical Course and Master Course in Public Health. As a KNCV consultant, Jan supported NTPs and NGOs in countries such as Kenya, the Gambia, the Philippines, Laos, Botswana, Indonesia, Vietnam and Cambodia.

Jan was a highly renowned international expert and colleague. With over 30 years of experience in TB control, he brought a wealth of expertise. Moreover, he impressed us all with his personal approach and genuine engagement. He always put the interest of patients first and was happiest when he was working among them. With his expertise, compassion and unconditional dedication, Jan has saved many lives. Tragically, Jan, our colleague and friend, passed away much too soon.