Introduction:
In a cool and shady room, two young women sit together on a hospital bed, fidgeting with their clothes nervously. Through the open window, the hustle and bustle of everyday life in Chennai permeates the room’s serene atmosphere with the low omnipresent hum of traffic and the indistinct chatter of people in the street. Saanvi, the oldest of the two, swallows deeply, fully aware of the importance of sharing her story, even if it is difficult to tell. Both girls have thin arms and delicate faces, their fragile appearance contrasted by their eyes which radiate with resilience and determination. Both girls have had their lives turned upside down by TB, a disease that impacts nearly three million Indians and claims nearly half a million lives annually in India alone.

Saanvi’s story
The story of 26 year-old Saanvi takes us back to nearly a year ago, when she was living with her husband and expecting their fourth child. With three children to take care of at home, while working hard and eating poorly, Saanvi’s pregnancy had taken a toll on her and her immune system. Delivering a healthy child would surely bring relief she thought, but even after their child was born in a public hospital, she remained frail, suffering from a persistent fever. When her weight dropped to only 26 kilos, her worried sister urged her to visit their local doctor who immediately recommended hospitalization. 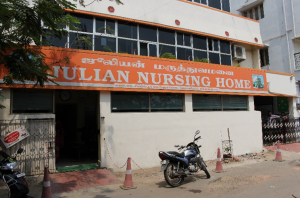 Besides her fever, she was also coughing, leading her to her private family doctor, who was part of the EQUIP PPM network, and immediately hospitalized her due to her very weak condition. He used a voucher for free TB testing, provided by the EQUIP network, to test her for TB. This decision proved crucial, as Saanvi’s diagnosis was confirmed and the doctor prescribed TB drugs, free of charge. After two weeks in hospital her fever had disappeared and her appetite had returned, allowing her to gain three kilos and leading to her discharge from the hospital.
Saanvi hoped to put this dark chapter of her young life behind her by continuing treatment at home, but life had other plans. In her absence, her husband had left her, afraid of the disease, leaving their three young children with her mother. As her doctor was part of the EQUIP network a project run by the local organization REACH, Saanvi was supported in her treatment by Dina, a friendly health worker providing her the needed information and emotional support. She also visited her at home for contact investigation. Although life was extremely tough, Saanvi remained strong of mind, dedicated to fighting for her four children by making sure she would be there for them in the future.

“Me and my sister were always close, she helped me with my youngest baby and we support each other with everything” Saanvi (26)

The full six months of the total treatment passed when she was tested again. Despite significant process, her doctor recommended Saanvi continue to take the TB drugs for another two months, after an X-ray check of her lungs. He worried that her lungs weren’t completely clear of the disease yet.. It speaks to Saanvi’s character, and the good support she received, that she persisted in continuing taking the medicine, but another bad surprise was to come.

Anika’s story
When Dina came to the house for a visit for contact investigation to see if there were other family members with symptoms of TB or infected small children, she found Saanvi’s youngest sister Anika sick and curled up in a far corner of the house. Dina immediately urged her to get her tested, but unfortunately Saanvi and Anika’s mother had other ideas. Instead, she took her twelve-year old for a three and a half hour journey to their native town Vellore as she hoped she would recover in the close proximity of her extended family. She was convinced her daughter had been attacked by an evil spirit, thus causing her illness. The mother consulted a traditional healer who used incense, a talisman and applied ash in the young girl’s mouth to attempt to heal her.
When Dina contacted the girls’ mother to enquire whether they had been tested, she offered to personally accompany the family to the hospital for testing. Although no one else had TB, Anika did have a positive result of active TB due to the delay in diagnosis. Also, Anika was supported by Dina and her caring sister in her treatment.
Two months later, Anika is feeling much better. Her mother watches her every day as she takes her tablets, and her appetite for her favorite dish Biryani (Fried Rice) has returned. She has not told her friends of her diagnosis, but a short while ago her teacher came for a visit. After a two month absence from school, he urged her to come back to school to take the year’s final exams. Even after her ordeal, she did well on her exams and is now back at school!

“Anybody who coughs I recommend to take a sputum test. I recommended a friend to get tested, telling her that free drugs are available” Saanvi (26)

Conclusion:
Today, relative normalcy has returned to the family. Saanvi has now been completely cured of TB and her husband has returned home. Anika is doing well in school, her TB is no longer contagious, and she is taking her medicine meticulously with the help of her mother; “I’m not afraid”, she says, “as long as I take my tablets I know I will be okay”. Throughout their harrowing journey the two sisters have stood by each other, and have learned a lot about their disease. Their experience boiled down to one simple message to their fellow TB patients- “Finish the tablets, and you can live your life again”. 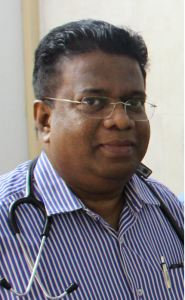 After a trying period of time, Saanvi and Anika are back on their feet and ready for the rigors of life in India’s low-income neighborhoods. At key moments in this story, the fate of these resilient young women could have ended less fortunately. This happy ending might not have been possible without the dedication, compassion and resolve of Dina and the others at the EQUIP program, the availability of affordable treatment when and where they needed it, and the provision of free vouchers and nutritional support through their private family doctor. Dr. Julian, the family’s doctor, describes the need for these efforts perfectly;

“You see my waiting room? Thirty years ago it was full of people suffering from Polio. Now we do not see any cases of Polio anymore. That, is the value of these programs!”