For too long, interventions in high-burden countries have focused only on people with tuberculosis (TB) disease. The UNITAID-funded IMPAACT4TB project enables the use of a shorter preventive therapy regimen and helps reduce the chance of getting ill with TB for the most vulnerable people, such as children under five and people living with HIV.

The four-year UNITAID grant aims to ensure that people with latent tuberculosis infection (LTBI) – who are infected with the TB bacteria, but do not have symptoms and are not contagious – have access to new, shorter, and less toxic treatments to prevent they become sick with TB disease.

About a quarter of the world’s population is infected with the TB bacteria. Only 10% become sick with TB over their lifetime, but people with weak immune systems, such as people living with HIV, are at considerably higher risk of becoming sick with TB. Under this project at least 400,000 persons will receive a new but quality-assured, aﬀordable short-course TB preventive therapy consisting of two antibiotics (isoniazid and rifapentine) given weekly for three months, known as 3HP. 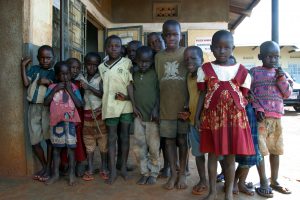 Worldwide 10.4 million individuals fall ill with TB and 1.8 million die from TB. Rolling out preventive treatment in countries with high burdens of TB will make an important contribution to ending the TB epidemic.
KNCV is delighted to partner with Aurum Institute, the Clinton Health Access Initiative, John Hopkins University and Stop TB Partnership’s Global Drug Facility. With Aurum Institute as the lead grantee, KNCV will apply its experience by providing technical assistance to scale up contact investigation for children and delivery of preventive treatment in children and PLWHIV.
Furthermore, KNCV will be responsible for training master trainers locally as well as coordinating the project in Ethiopia, Indonesia, Malawi and Tanzania.

KNCV will bring to the project its wealth of experience in supporting countries worldwide to adopt innovations.

Through IMPAACT4TB, the participating organizations aim to reduce TB incidence and deaths among people living with HIV and children under five who live in countries in Africa, Latin America and Asia with high burdens of TB or TB/HIV.

KNCV is dedicated to prevent the physical, social and financial suffering that TB inflicts on individuals, communities and countries.