On the outskirts of Addis Ababa in Ethiopia, toddler Issayas lives with his father and mother in a small weathered house with a corrugated iron roof. “Abi”, as he is affectionately known to his family, is just 1.5 years old. His mother Almaz (18) could barely take care of him in the past year. She was very ill with tuberculosis (TB) and to make matters worse, Issayas also became infected and ill. Issayas is one of the first children in Ethiopia, to be diagnosed with TB with the innovative Simple One-Step (SOS) Stool Method developed by KNCV Tuberculosis Foundation.

Before Almaz fell ill, she worked as a garbage collector on the streets. “One day I came home from work and I vomited blood. I felt very sick”, tells Almaz. As she talks, Issayas sits on her lap. On the blue painted walls hang garlands of toilet paper to cheer up the small one-room house. They have just moved here as they could no longer afford their previous home.

Almaz: “In the beginning the doctors didn’t know what was wrong with me. I received injections and medication, but nothing helped.” On the advice of her neighbors, she left for her parents in the countryside to recuperate. She took Issayas with her. Unfortunately, her family couldn’t give her the good food she had hoped for, chicken soup and eggs. She just got more and more ill. “And then Issayas also became ill.”

Completely exhausted, Almaz returned to the capital, Addis Ababa, where she – now five months ill – was finally diagnosed with tuberculosis and received the right medication. Issayas was also immediately examined for TB. As small children cannot cough up sputum on command, they have to undergo a painful invasive examination: the sputum is removed from the stomach with a tube through the nose.

Almaz: “Inserting the tube hurt him and he screamed and cried. I was so ill, I didn’t have the strength to support him.” She cries while she continues her story. “It was terrible, but I didn’t want to refuse his medical examination either. I was afraid that he would die and wanted him to get well.” 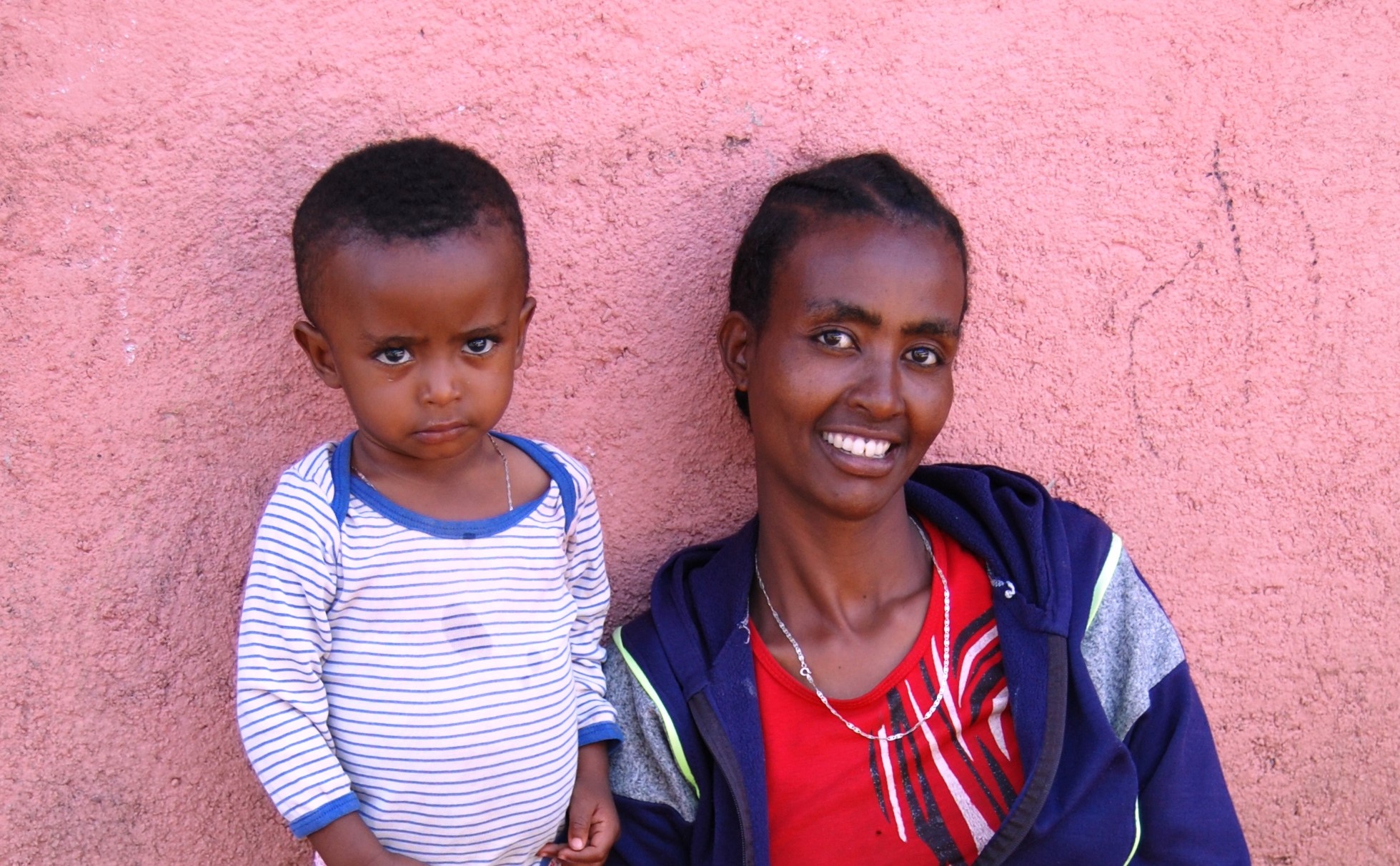 Other parents are so afraid of the tube examination that they often only go to the doctor with their child is already very ill. These invasive procedures can also be very traumatizing for health care workers to perform. As a result, TB is often diagnosed (too) late in children. In other cases, children are never diagnosed because the tubes and other materials for the sputum test are not available everywhere. Partly due to this, almost 600 children worldwide die every day from TB.

The SOS Stool Method of KNCV Tuberculosis Foundation can change this. Instead of sputum, stool is used to test for TB. Laboratory expert Petra de Haas of KNCV came up with this method, of which the robustness is now being tested in Ethiopia and Indonesia. Children in participating health care facilities currently receive both tests, in order to compare the results. Issayas was one of the first and, just like in his sputum, TB was detected in his stool. Almaz: “Giving a stool sample is of course no trouble and does not hurt. It would be great if children only had to undergo this test in the future.”

Many children’s lives can be saved by the timely detection and treatment of TB. Fortunately, the doctors diagnosed Issayas on time. Just like Almaz, he has almost finished his six-month treatment. Almaz: “I feel better. Not completely better yet, but that also has to do with nutrition. Life is expensive.” It remains difficult for the young family to make ends meet, but Almaz is a fighter and she takes good care of her son.

Little “Abi” in the meantime has his eyes fixated on his toy. He clings his fists tightly around it and gleams. Almaz is smiling. He can play like a happy toddler again. Free of TB.