After 11 years at KNCV Tuberculosis Foundation, Dutch TB expert Max Meis (66) is closing the virtual office door behind him. To start what should be his retirement. “But I will not stop working. I will continue my career in COVID control at the public health office (GGD) in North and East Gelderland in the Netherlands,” says Meis. After Ebola, HIV and TB, it will be the fourth infectious disease he has encountered close hand. As part of his farewell, Meis looks back, and ahead, on his exciting and inspiring professional life. “My career is characterized by pandemics.” 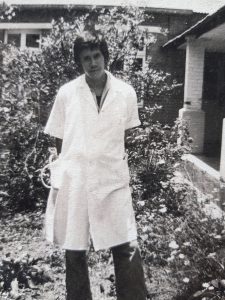 During his medical studies in the late 1970s, Meis worked in the Democratic Republic of the Congo (DRC), formerly known as Zaire. “They had just had their first Ebola outbreak there.” After finishing his degree he went to work in Malawi. “It was there in 1985 that I was confronted with HIV. Lots of people died, including many friends and colleagues. That has made an indelible impression on me.”

In those same years tuberculosis (TB) re-emerged in Africa. Due to the reduced immune system of people with HIV, TB could also strike again. “When I started in Malawi in 1982, the TB departments were closed, except for one or two isolation rooms. In 1985 they were all open again. So many people that were infected with HIV, died of TB. Many people in the Netherlands and other Western countries could not conprohend this. Until now. Because of COVID everyone knows now what a pandemic means and knows the terrible consequences for the those affected the health care system, social life and economics.”

“I was afraid I was going to die from COVID”

Meis was confronted with COVID himself, after falling ill with the disease last summer. It scared him to death: “Those other diseases didn’t get to me. With COVID I was in a vulnerable population to my age. My wife had it too and she was cured after two weeks. It took me eight weeks. Fortunately I did not have to be admitted to hospital, but I was very ill. Honestly, during that period I was afraid that I would die from COVID.”

Having been short of breath for a long time, Max’s  fitness level also deteriorated but eventually he recovered fully. It motivated Meis to start working in the fight against COVID himself. “I have been helped so much by my public health office. Their employees were always available by phone to answer my questions. At the GGD North and East Gelderland, I will contribute to ideas regarding, among other things, the use of rapid tests, the vaccination program and the provision of information to citizens, healthcare institutions and municipalities. I will work there four days a week and for as long as my help is needed.”

It is familiar territory for Meis, who worked in public health care in the Netherlands from 1987 to 2005. Among others at the GGD The Hague and Groningen. He then returned to Malawi, and subsequently started working at KNCV Tuberculosis Foundation in 2009. There he focused mainly on infection prevention and control and the co-epidemic of HIV/TB. In recent years he contributed to developing and implementing national strategic 5-year plans (NSPs) in the fight against TB, by means of a new method. 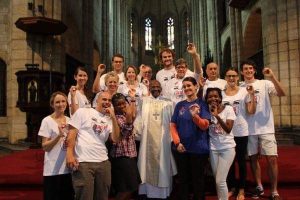 “I am proud of the project and what it has accomplished the development of NSPs now looks at the entire ‘patient pathway’. We use specific indicators and data to form a picture of people with an increased risk of TB, people who have TB but as yet no symptoms and people with TB and who have symptoms, but who do not have access to care. This involves looking at how and where people receive TB care, and who is overlooked. We monitor those indicators and also use the data in mathematical models. We use this to compare the long-term impact of various interventions and the costs of those interventions.”

“In TB control, data such as the number of tests, infections and admissions are often not yet collected ‘real-time’, as is currently the case with COVID”, explains Meis. “Regional, national and international reports are available daily and weekly for COVID. Such real-time data can also be very helpful in the fight against TB.”

TB claims 1.4 million lives a year worldwide. This disease deserves to be tackled in the same way as COVID, says Meis. “It has to become better known what a terrible disease TB is. It is very important that the necessary and promised finances for drug and vaccine development are also provided for TB. This also applies for other infectious diseases. I have a global health heart: It’s not really important which infectious disease we are referring to. Pandemics are all a “Public Health Emergency of International Concern” who don’t adhere to national borders.” 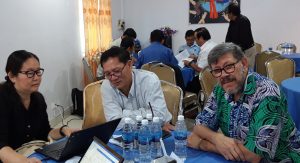 Looking back on his work at KNCV, Meis is modest and calls himself “an executor”. “I’m only a small part a group of very dedicated people. It moves me to think about how some people dedicate their whole lives to the fight against TB.”

His colleagues at KNCV describe Meis as a highly motivated and knowledgeable expert. Someone who provides stability and positivity in a team and is a valuable mentor to younger colleagues. His warm personality, knowledge and expertise will be missed at the office in The Hague, as well as in the countries he supported and to which he traveled regularly. His singing and dancing skills sometimes came in handy during these visits and he tried local dishes without batting an eyelid. Even though his stomach often regretted it later.

The question remains, why is he leaving KNCV? Was there no option to continue there beyond his retirement age? “I didn’t want that for myself. It was actually my wife’s and my intention to go to Rwanda – the country where she comes from – to live and work there. Due of COVID that is obviously not possible at the moment. Traveling has always been my passion and life. I love to see and meet people and the question is when that will be possible again. At the Dutch public health office in North and East Gelderland they continue to work at the office as much as possible. I am moving from a global job to regional job. That will be very different, but I’m looking forward to it.” 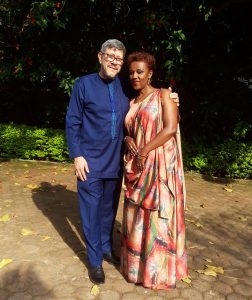 This new chapter also allows more room for other things. “Religion has always played an important role in my life. I am a church leader of an international church and can now devote more time to it. Also to my family: I just became a grandfather for the third time. That is great fun.” And his wife, will he spend more time with her too? Meis laughs: “Because of COVID we have been close to each other for months.”

On behalf of all employees at KNCV: good luck, health and prosperity Max! Thank you for your unbridled efforts and inspiration. We will miss you!