May 11, 2021 the KNCV Members Association appointed Tjipke Bergsma and René Stumpel to the Board of Trustees and re-appointed Johan van ‘t Hag, Rolph van der Hoeven and Jan-Hendrik Richardus for a next term.

The General Assembly expressed gratitude to Ton van Dijk and Maria van der Sluijs who shared so generously their insights in supervisory governance of the organization.

Mirella Visser (Chair): I sincerely thank Ton and Maria for the energy and wisdom that they brought to the KNCV Board of Trustees. KNCV greatly benefitted from their guidance and dedication in support of the organization’s role in Ending TB.

Mustapha Gidado (ED):  we are grateful to Ton and Maria and will continue to build on their insights as contributed during their tenure on the BoT. Their vision has positively impacted the lives and livelihood of patients, communities and health care workers across the globe and in the Netherlands.

Board of Trustees and management are very pleased to welcome Tjipke Bergsma and René Stumpel as incoming members of the KNCV Board of Trustees. Please refer to the bio’s below. 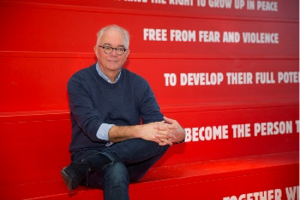 Tjipke Bergsma will be retiring in June as CEO with War Child Holland, an international expert organisation focussed on children affected by war and conflict. Since he started this role in 2015 in War Child, the organisation has successfully reset its strategy with a strong focus on building the scientific evidence for its interventions with children and their caregivers, while sharing these interventions with a wide range of partners active with children affected by the often traumatizing effects of war and conflict. Since 2015 War Child has grown its budget from 25 million to 50 million per year.

Before working with War Child, Tjipke has held several senior executive roles with Plan International and Transavia Airlines, such as National Director of the Netherlands, Deputy CEO at Plan International in the UK, Regional Director of Plan in the Americas and Senior Vice-President of HR&OD in Transavia. During his career Tjipke has worked in various countries in Latin America, Africa and the Nordic Region.

Outside his professional career, Tjipke serves on a couple of other boards in non-executive roles. He is married and has two grown-up twin sons. Tjipke holds Masters Degrees in Social Linguistics (University of Amsterdam) and Marketing (Netherlands Institute of Marketing). 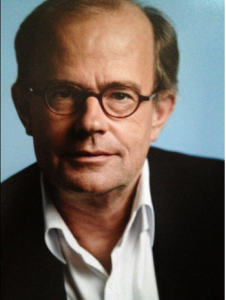 René Stumpel since 2013 holds the position as Director of Public Health Gooi en Vechtstreek at GGD/GHOR.

Following his medical education (and study of Dutch language and literature) at the Vrije Universiteit of Amsterdam and Social Medicine training, René Stumpel, joined the Dutch Institute for Preventive Health Care TNO (NIPG-TNO) as scientific and educational staff member. In 1993 he joined the General Health Department of Gooi en Vechtstreek, as head and the GGD Gooi en Vechtstreek as acting Director.

René Stumpel holds additional appointments as Member of the Presidium GGD GHOR Nederland (since 2021), Registration Committee for Medical Specialists (since 2013).