Dr. Maarten van Cleeff has been presented with the Karel Styblo Public Health Prize at the Opening Ceremony of the 45th Union World Conference on Lung Health in Barcelona, Spain. The Karel Styblo Award acknowledges a health worker or a community organization for contributions to tuberculosis control over a period of 10 years or more. This prize is named in honour of the late Dr Karel Styblo. Watch the prizegiving on YouTube. 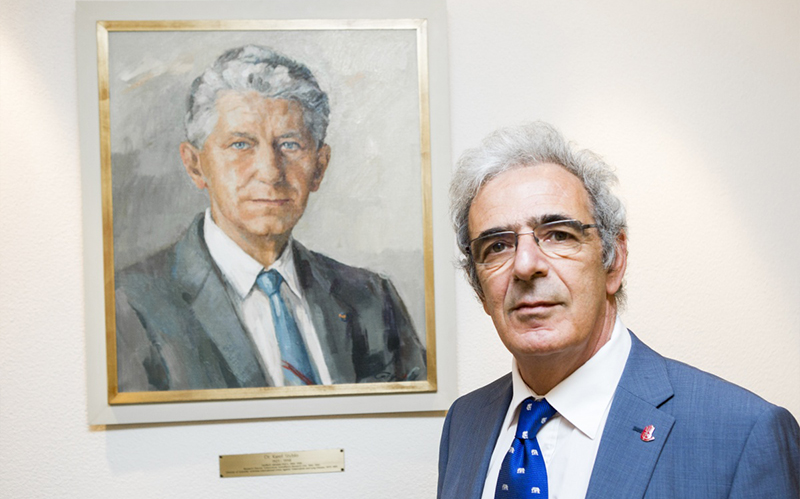 Like many of the experienced pioneers in KNCV Tuberculosis Foundation (KNCV), Maarten van Cleeff (MD, MSc, PhD) has been deeply inspired by Dr. Karel Styblo, the founder of the modern-day approach to tuberculosis (TB) control. But Dr. Styblo also meant a great deal to Maarten personally.

As external advisor to the National Tuberculosis and Leprosy Program (NTLP) of Tanzania, Styblo became Maarten’s mentor and remained his inspiring guide and colleague until Styblo’s death in 1998.

Maarten was stationed in Tanzania’s Shinyanga region in the early 1980s; seconded by the Netherlands Leprosy Relief Association to the Tanzanian Ministry of Health, as Regional TB and Leprosy Coordinator for the NTLP.

Twice a year Styblo would visit the country to discuss the advances of a large program operational research study. Styblo wanted to test his hypothesis that the expensive modern short-course chemotherapy regimen could be responsibly and effectively implemented in a country as poor as Tanzania, with its severely underfunded but basic healthcare system.

Tanzania was fertile ground for the development of what later became known as the DOTS strategy. From 1978 there was a strong commitment from the Ministry of Health, led by the visionary Health Minister Stirling in the government of the late President Julius Nyerere, to strengthen TB and leprosy control.

Karel Styblo, as Scientific Director of the International Union Against Tuberculosis (Lung Disease was added a few years later) and resident consultant at KNCV, selected Tanzania, Malawi and Mozambique and Nicaragua as testing ground.

The essence of the emerging model comprised an intensive period of directly supervised hospital based treatment, followed by an ambulatory treatment continuation phase during which the TB patient could complete treatment from home with monthly supervision by a primary healthcare worker. The treatment duration then was 12 months in total.

When the expensive, but highly powerful, rifampicin antibiotic became available for treatment in the 1980s Styblo convinced the NTLP to introduce the short-course therapy of 8 months duration. In order to prevent misuse of this highly effective and expensive antibiotic, utilization was closely controlled, with pill counts and stock controls against number of recorded patients. Moreover, to prevent the rise of rifampicin resistance due to patients not taking their drugs as prescribed, the initial treatment phase with four drugs (including rifampicin and the injectable streptomycin) was provided under strict direct observation by a health worker in a hospital. This became known as Directly Observed Treatment (DOT). Because the treatment was short-course chemotherapy this became known as DOTS (Directly Observed Therapy – Short-course), which actually included four additional elements.

For the model to be accepted globally, Styblo realized that he needed to show that it was also cost-effective. In 1993 a health economist at the World Bank (Christopher Murray) published a highly-acclaimed study demonstrating that DOTS is very cost-effective. WHO’s endorsement of DOTS in 1993 meant that DOTS became the international standard for TB control.

The DOTS approach is firmly integrated in the primary healthcare (PHC) services. PHC focuses on essential healthcare based on equity and the right to healthcare. It relies on community participation and on intersectoral collaboration.

After 1986, when Maarten was appointed to the Central Unit of the NTLP at the Ministry of Health in Dar es Salaam, his collaboration with Karel Styblo intensified. Maarten introduced the first computer-based registration of TB data and Tanzania thus became the first country to monitor notification data and treatment outcomes using such a computer-based program at the national level. 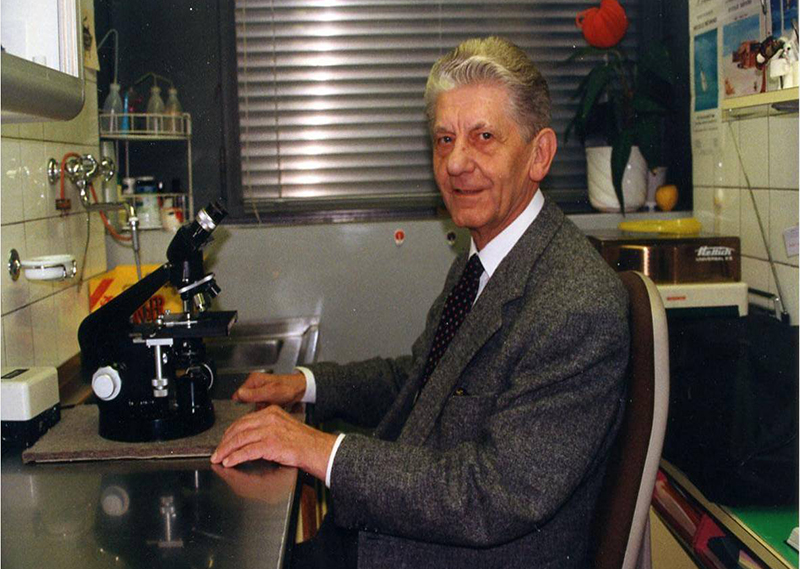 Maarten vividly remembers his lively discussions with Styblo. As the magnitude of the HIV epidemic became evident, so did its association with TB. Consequently, Maarten proposed to put HIV on the national TB control agenda. Initially, Styblo did not agree, preferring to focus only on TB. But as data from 1985 onwards showed an increase in TB notification rates most probably attributable to HIV, Styblo conceded (“Perhaps you are right”) to reviewing the data in relation to HIV infection.

From then onwards TB/HIV became a standard agenda item in the six-monthly national TB coordination meetings. Maarten was one of the first to publish on this association.[1]

After the successful introduction of the DOTS strategy by Styblo in Tanzania, Mozambique, Malawi and Nicaragua, other countries supported by KNCV (Kenya, Vietnam and Indonesia) became the second generation of pioneers in introducing DOTS.

Maarten van Cleeff acknowledges how much he owes to Karel Styblo, the visionary scientist who was so crucial to him in his formative years.

“Styblo placed the patient at the core. Frequent supervision is crucial to ensure quality of care: How is the patient treated, and how is the system treating the patient? Know where your patients are: pay them home visits, treat them with respect. And give the right example to other healthcare staff.”

Styblo also inspired Maarten with his attention to detail without losing the bigger picture. Styblo was very thorough and always checked the facts; at the same time he firmly believed that making correct policy also requires having a full overview of the epidemiological situation and the programmatic context, with consultation of all stakeholders.

A third lesson Maarten has learned from him is the importance of cohort analysis. Collecting and analyzing quarterly data on patient cohorts provide essential input for managerial decision-making.

Maarten van Cleeff stands on the shoulders of Karel Styblo. Today, as the director of TB CARE I and its successor project Challenge TB, USAID’s large scale international TB programs, he runs a tight ship, striving to make a difference that benefits TB-affected countries and patients in particular.

Collaborating with all the global key players in the TB control community, Maarten has given wings to Karel Styblo’s dream of eliminating TB. It is fitting that today Maarten himself has been given the Karel Styblo Award.

The Award is a great honor to him, both personally and professionally. And, in the spirit of Styblo’s legacy, he is donating the prize money to a TB patient group.

After all, the TB patient is at the core of all our efforts. 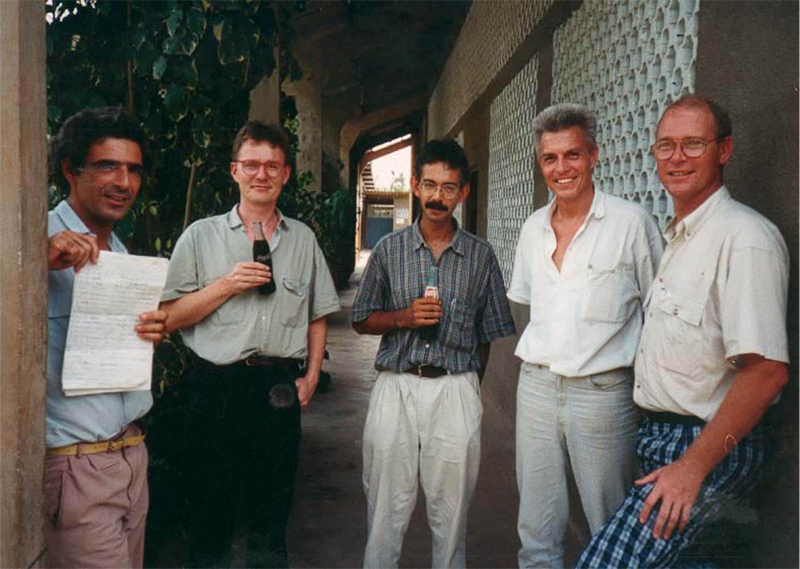